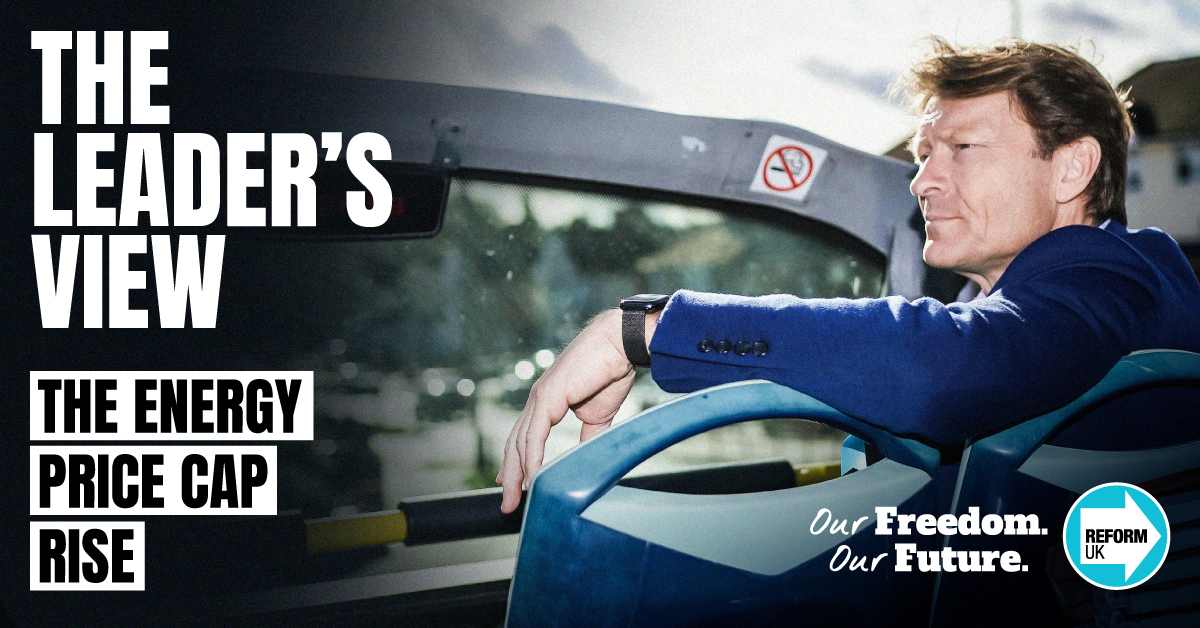 Sadly, there is nothing funny about April Fool’s Day this year.

Today, thanks to years of failed Tory Government policy on energy, people are being hit hard with 50% increases in energy bills, with another 50% possible in October.

They’re trying to con you into thinking that it is all down to Ukraine, but you know better! These increases were baked in way before Putin invaded Ukraine.

I’m sorry to say that this hike is just the beginnings of the Net Zero cost mountain - we are just at Everest Base camp.

Be under no illusion, unless there is a major change of course, the old will die colder poorer sooner. The young will be blighted with higher costs, fewer jobs and less money.

I will shortly be unveiling a detailed new strategy, to respond to the expected proposals from Boris Johnson in the coming weeks. This strategy will set Reform UK apart from the same old noise coming from Westminster and can make a real difference in the pockets of British voters.

We need all your help. A serious battle is now being waged against the vested interests of the abusive Green Lobby, who have tried to intimidate us so much over the last few weeks.

I know I can count on your support.