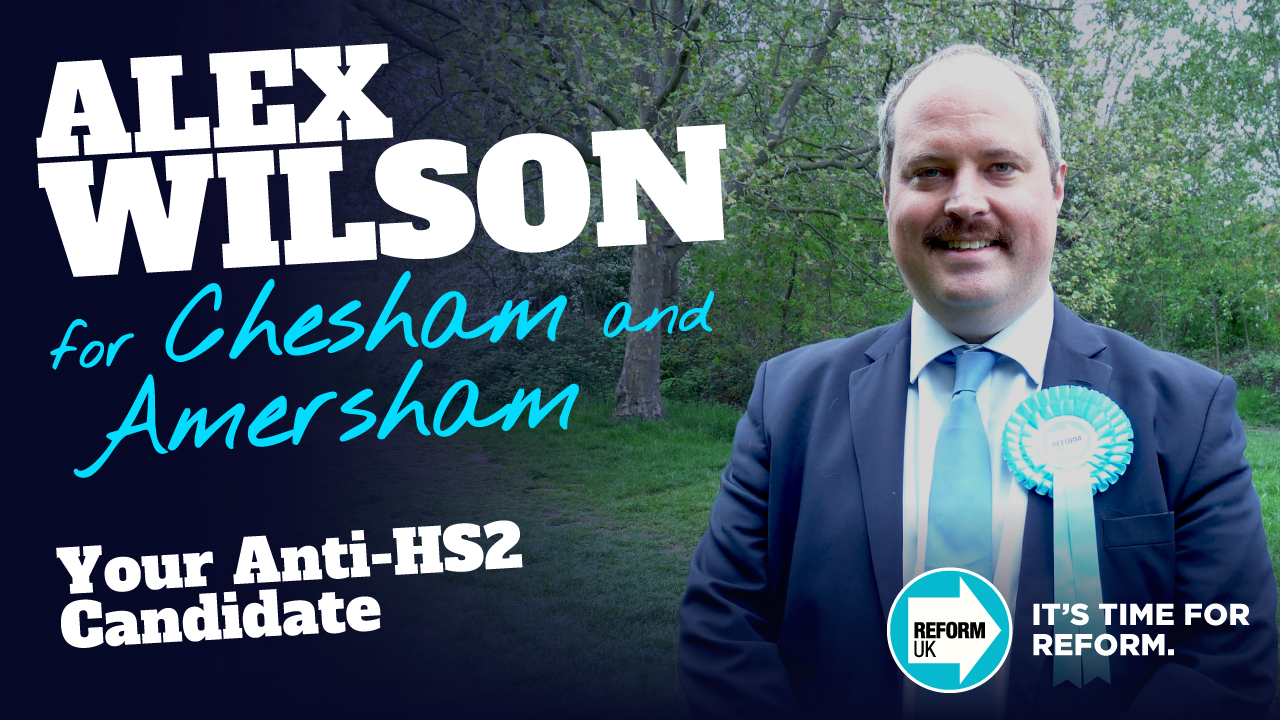 THIS BY-ELECTION: A REFERENDUM ON HS2

HS2 is out of control — its budget has spiralled, its environmental impact is staggering and its economic case is unproven. Any benefits from the project are concentrated in the very few cities with stations, while the rest of the country picks up the bill both financially and environmentally.

Whatever their local candidates in this by-election might say, the main political parties ALL support HS2 — as shown by the promises made in their 2019 and 2017 General Election manifestos. Only Reform UK is against HS2 in both principle and practice.

Earlier in his career, our candidate Alex Wilson worked for HS2 Ltd and saw the level of waste, bureaucracy and incompetence from the inside:

“During my time with HS2 Ltd I learned very quickly this is an organisation with scant regard for taxpayers’ money and a project with so little benefit for the country as a whole. Unwanted, unnecessary and unaffordable — this is the wrong priority at the wrong time.

“The environmental impact on areas in and around Chesham and Amersham is unforgivable, and it’s time to pull the plug once and for all.”