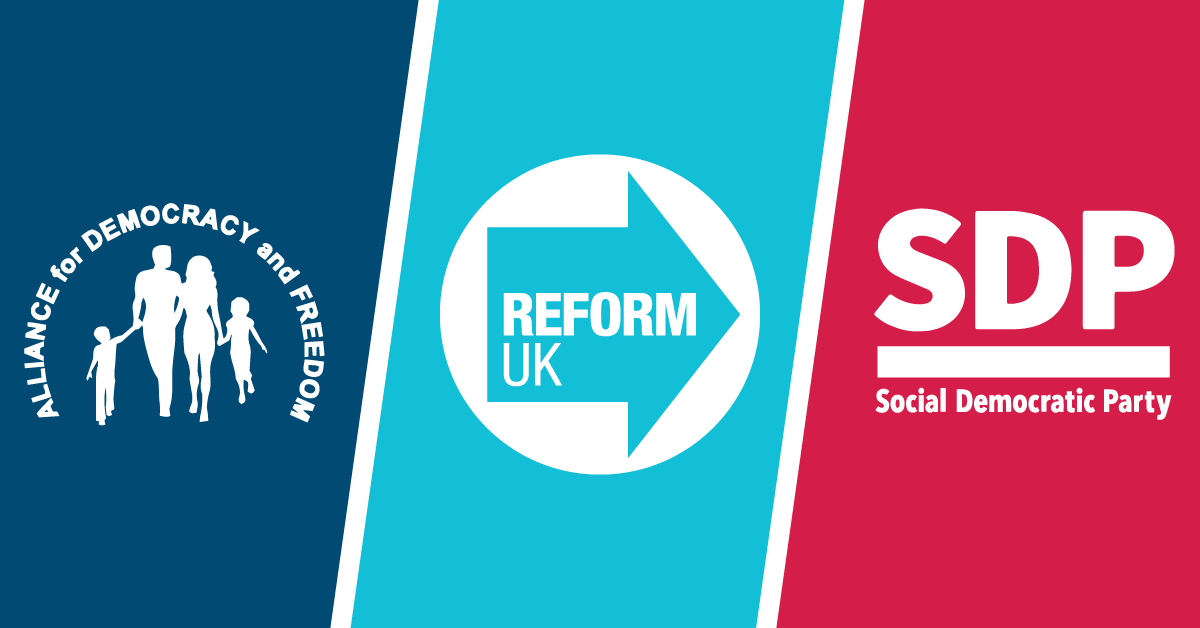 Yesterday, Reform UK launched local businessman, Chris Walsh, as their candidate for the upcoming Wakefield by-election, caused by the resignation of Tory MP Imran Ahmad Khan after he was convicted of sexually assaulting a 15-year-old boy.

Today, Chris Walsh has received the formal endorsement of both The Social Democratic Party (SDP) and The Alliance for Democracy and Freedom (ADF). Both parties have confirmed that they will not now be standing candidates in the by-election but will be encouraging voters in Wakefield to back Reform UK and Chris Walsh.

The announcement marks the first time in recent history that three political parties have agreed to support a single candidate in a by-election and raises the prospect of a similar reciprocal arrangement being in place across the country come the next General Election.

Speaking about their endorsement William Clouston, the Leader of The Social Democratic Party said, “Just a few weeks after Reform UK offered its endorsement of our candidate in the South Yorkshire Mayoral election, and recognising how well our teams are working together to deliver a real challenge to the establishment in Westminster, I’m pleased to take this next step of formally endorsing Chris Walsh and encouraging voters in Wakefield to support him in his bid to become their next MP”.

Speaking of their own endorsement, Chairman of The Alliance for Democracy and Freedom, Mike Hookem said “Yorkshire is my home and an area that I previously represented as an MEP. I know just how badly the people of Wakefield have been let down, first by Labour and now by the Tories. Neither of them deserves another chance in Wakefield.”

Mr Hookem went on to say, “If we’re ever going to bring about a real change to the way our country is run, it’s crucial that parties agree to work together to take on both Labour and the Tories. We’re pleased that by supporting Chris Walsh in this by-election, we’re taking our first steps alongside Reform UK, as we look to building our working relationship in advance of the next General Election”.

On receiving the endorsements, Reform UK Leader, Richard Tice said “We are incredibly grateful for the support and endorsements of the Social Democratic Party and the Alliance for Democracy and Freedom. I look forward to meeting both William and Mike in Wakefield over the coming weeks. This is a really good example of parties working together to campaign for change”.

“The upcoming by-election offers a real opportunity for voters to send a clear message to Westminster on behalf of the whole country. People in Wakefield have voted to change Britain for the better before. In 2016 they voted 66.4% to Leave the EU and in 2019 they elected their first Conservative MP in 87 years, hoping for something better. But the Tories have just continued to let voters down and there can be no return to a Labour Party that cares more for its metropolitan elites than for working people. Now it’s time for Wakefield to vote Reform UK, to change politics for good, which is why I’m asking voters to join the SDP and ADF in supporting Chris and his campaign."