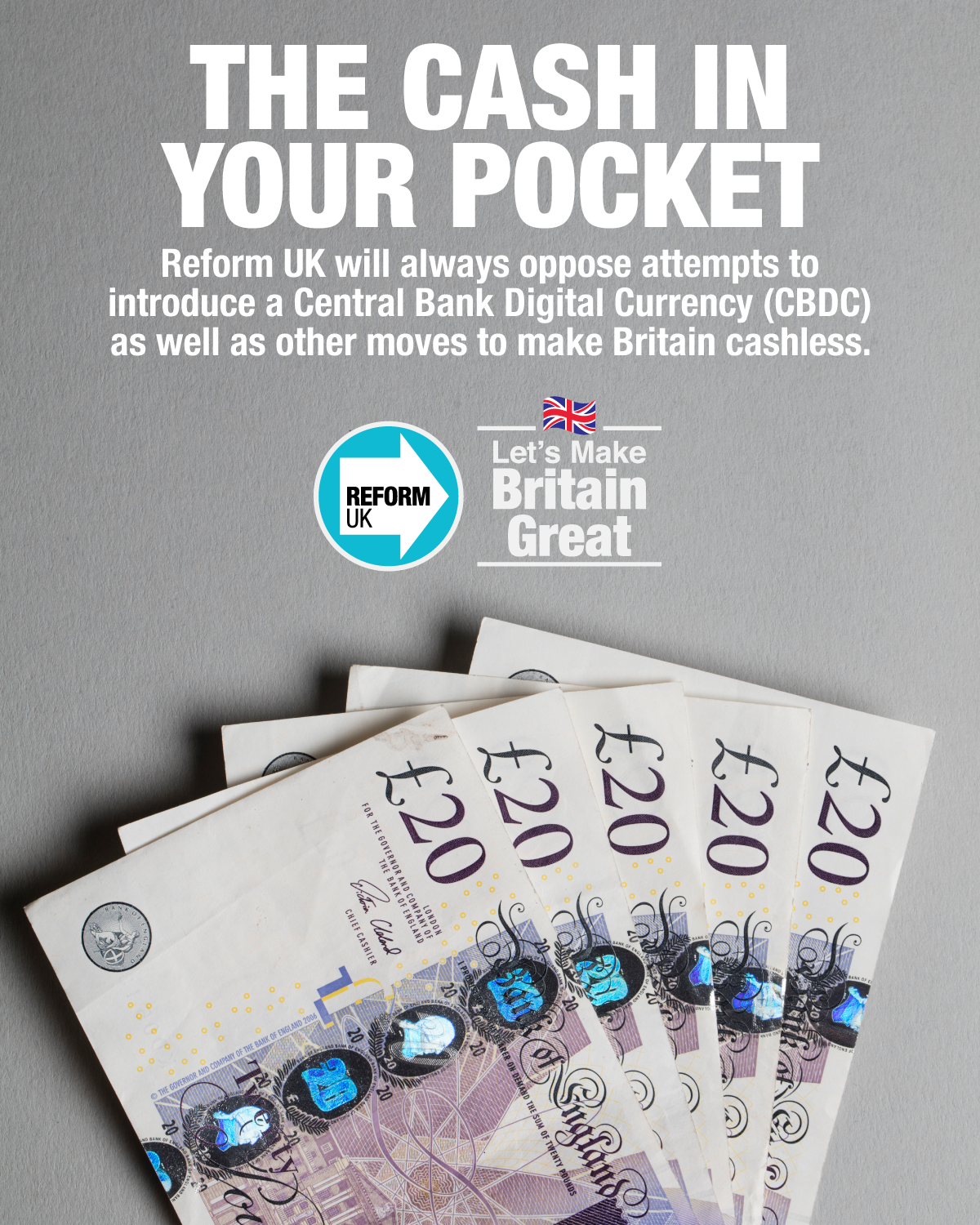 The Cash In Your Pocket

Over the last few weeks, many of you have written to us to ask what our policy is on Central Bank Digital Currencies (CBDCs) and cash.

The new Prime Minister — when he was Chancellor of the Exchequer — was very keen on the idea of CBDCs. You can watch him make the case for them on HM Treasury's official YouTube channel here: www.youtube.com/watch?v=0u8eZcPnWeU.

Let us be clear — Reform UK will always oppose such a move.

CBDCs shift too much power away from individuals and into the hands of governments and central banks. We have seen in places like Canada — once considered a respectable and democratic member of the free world — how governments can turn off access to money for those they consider a challenge to their authority. We must always be on guard to ensure the state does not grant itself powers which, in the wrong hands, could be gravely misused.

Cash is King. It gives individuals freedom and agency over their finances. It allows the less well-off to budget. It is essential to small businesses and the self-employed. It gives the vulnerable and the abused the chance to escape hardship. It is a lifeline to the homeless. It makes spontaneous charitable giving easy. It makes the gifting of money to friends, relatives and children all the more endearing; we can't see the Tooth Fairy making digital transfers under a pillow somehow!

Rishi Sunak and the Bank of England both insist any CBDC would not replace cash and bank deposits, but instead complement and work alongside both. However, we all know far too well how something which begins as an option can quickly become the rule.

Reform UK will oppose the creation of a CBDC and all attempts to turn Britain into a cashless society. We would ensure banks have an obligation to provide access to cash and that retailers are strongly encouraged to accept cash as payment where feasible.