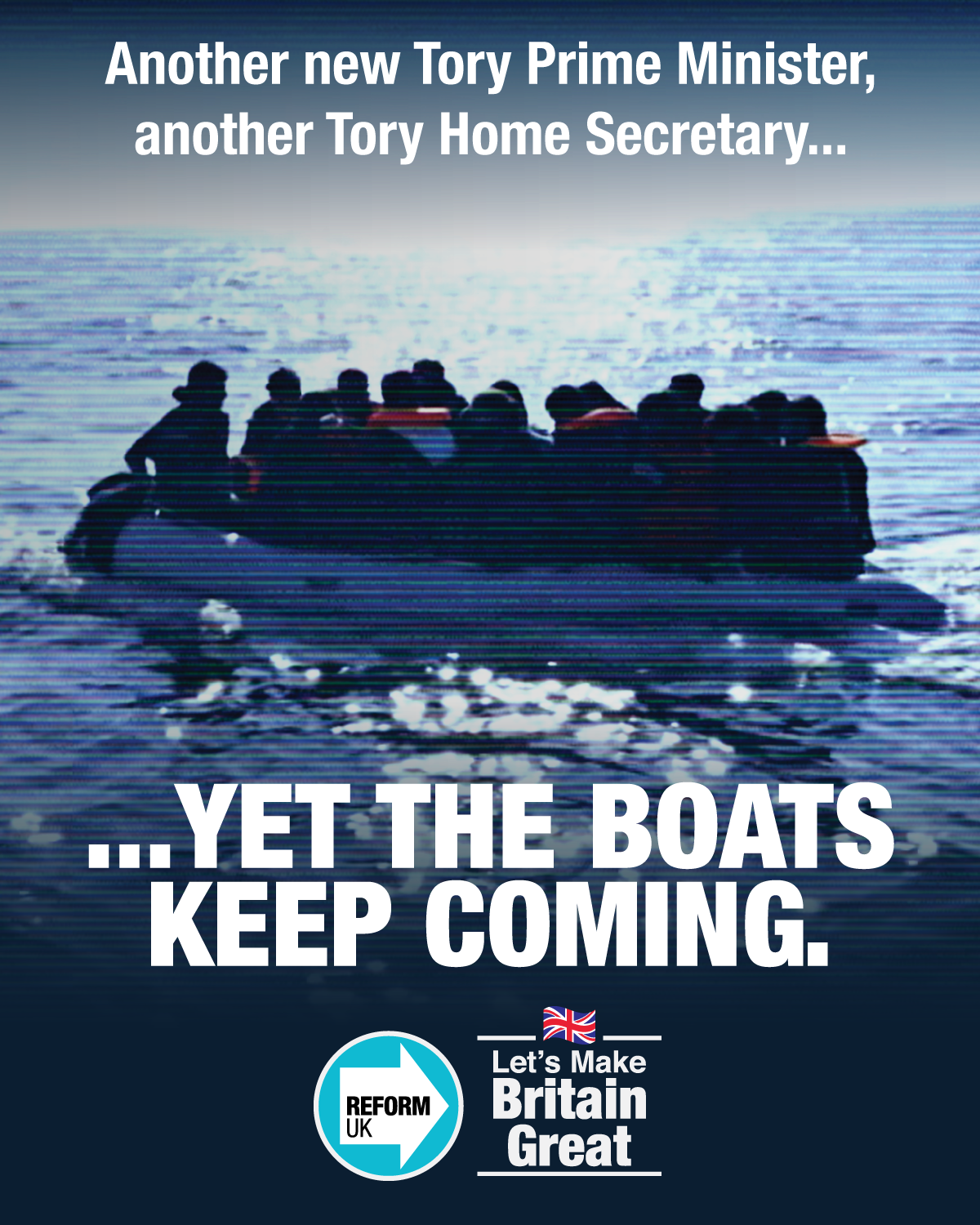 While Westminster is engaged in yet another self-inflicted fiasco, our borders remain open. On Saturday, nearly 1000 Channel migrants arrived on UK shores. The Tories' record on this crisis so far has been appalling, and there seems to be no sign of the crossings slowing down:

Despite the protests from lefty lawyers, activists and charities, many of these people are not genuine refugees. In August, Reform UK Party Leader Richard Tice helped break the story that 4 in 10 of these crossings were actually being made by people from Albania, a peaceful NATO member and candidate for EU membership which hasn't suffered from any conflict for at least 25 years. This exposé was so shocking and outrageous that it made the front page of the Mail on Sunday. You can read more about this here.

While most Albanians are of course law-abiding people, this raises serious concerns. Albanian gangs are some of the most feared in the world. How many of those making the crossing will eventually end up working for these gangs as foot-soldiers or modern-day slaves for drug-dealing, money-laundering or human trafficking activities? When the cost of entering the UK legally for Albanian Nationals wishing to work under schemes like the Seasonal Agricultural Workers Scheme is inexpensive, and when flights are cheap and safe compared to the expensive and dangerous dinghy crossings run by gangs, uncomfortable questions have to be asked.

The Labour Party doesn't want to deal with the problem and it has become clear that the Conservatives simply can't — regardless of whoever happens to be their Prime Minister or Home Secretary this week.

It would be good at this point to recap the policies which Reform UK laid out back in May and August this year to deal with this growing crisis:

1) Publish the origin of Channel migrants monthly.
2) Instruct the Navy to give the location of launch points immediately to the French police and also to publish them publicly.
3) Pick up and take back boats under the existing laws provided in the 1974 International Convention of Safety of Lives at Sea (SOLAS).
4) Withdraw from the European Convention on Human Rights and the 1951 Refugee Convention. We don't need to be signatories to either to help genuine refugees in need.
5) Reform the Human Rights Act 1998.
6) Merge the existing Border Force and Immigration Enforcement departments into a single dedicated force, to be called His Majesty’s Border Force (HMBF).
7) Remove the new HMBF from woke civil service control, attaching it to the Home Office as a separate entity.