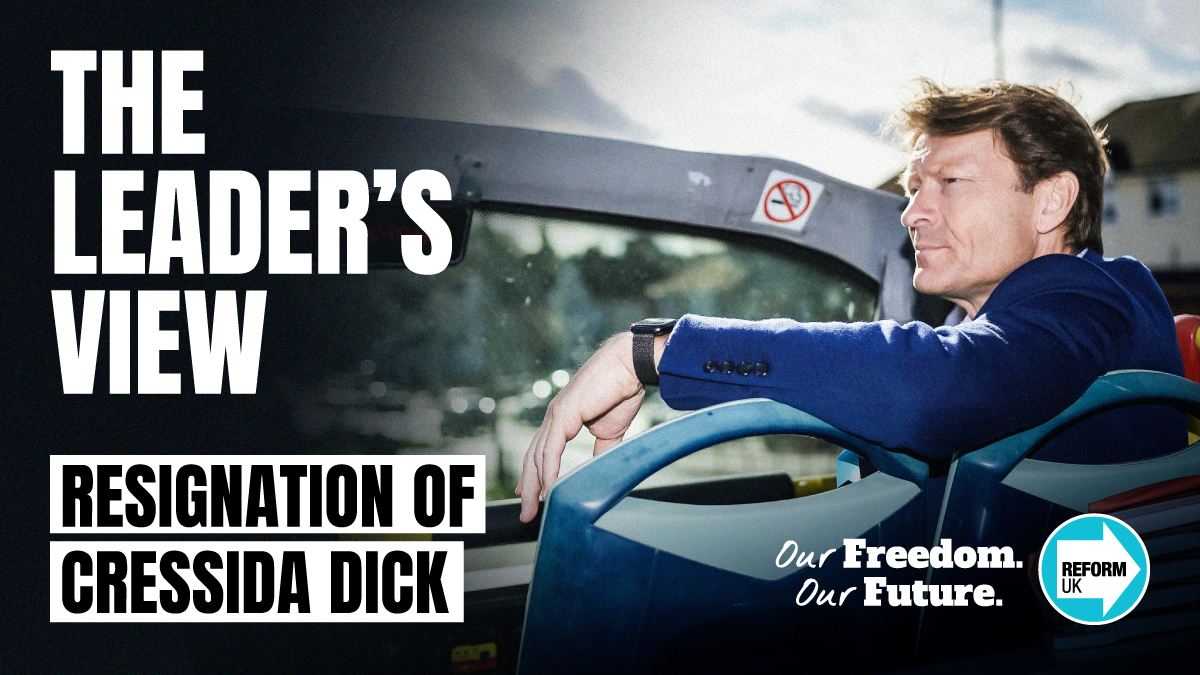 The appointment of a new Met Commissioner must not be rushed.

The departure of Cressida Dick is good news and not before time. She had led a force that has been failing to protect Londoners and failing to catch real criminals. The list of mishaps and mistakes by her and her team is lengthy. Rather than focus on them now, it is time to focus on the opportunity this presents.

This is one of the biggest. most significant appointments in the U.K. Firstly, the appointment of a new Met Commissioner must not be rushed. This is not just about one person but about resetting the culture and ambition of the Met Police.

In turn it is about resetting the ambition for police forces across the U.K. The recent shocking report into the Charing Cross police station showed a pervading culture of disgraceful behaviour, unbecoming of those entrusted with the safety and protection of our communities. This was not just a few bad apples. There was a culture of cover up and denial, rather than performance and accountability.

The recent data showing that only 6% of crimes now result in a charge indicates how low things have reached. This is almost giving up territory. In truth for many crimes the police and indeed victims have given up.

Trust in the police is at an all-time low. So, let’s use this appointment to completely reset. The new Commissioner should be from outside the Police altogether, not just outside the Met. Appointing from within the Met is simply not an option, it would perpetuate failure and the wrong culture.

High-quality applicants must be encouraged. My instinct says that top leaders in the armed forces could be ideal, be they current or former officers. Alternatively, a top Chief Executive of a large business could be suitable, in terms of their ability to organise, to demand performance and hold people to account.

So, I urge the Home Secretary and Mayor of London. Do not rush this but get it right. Be bold, think outside the box. Turn failure into opportunity.