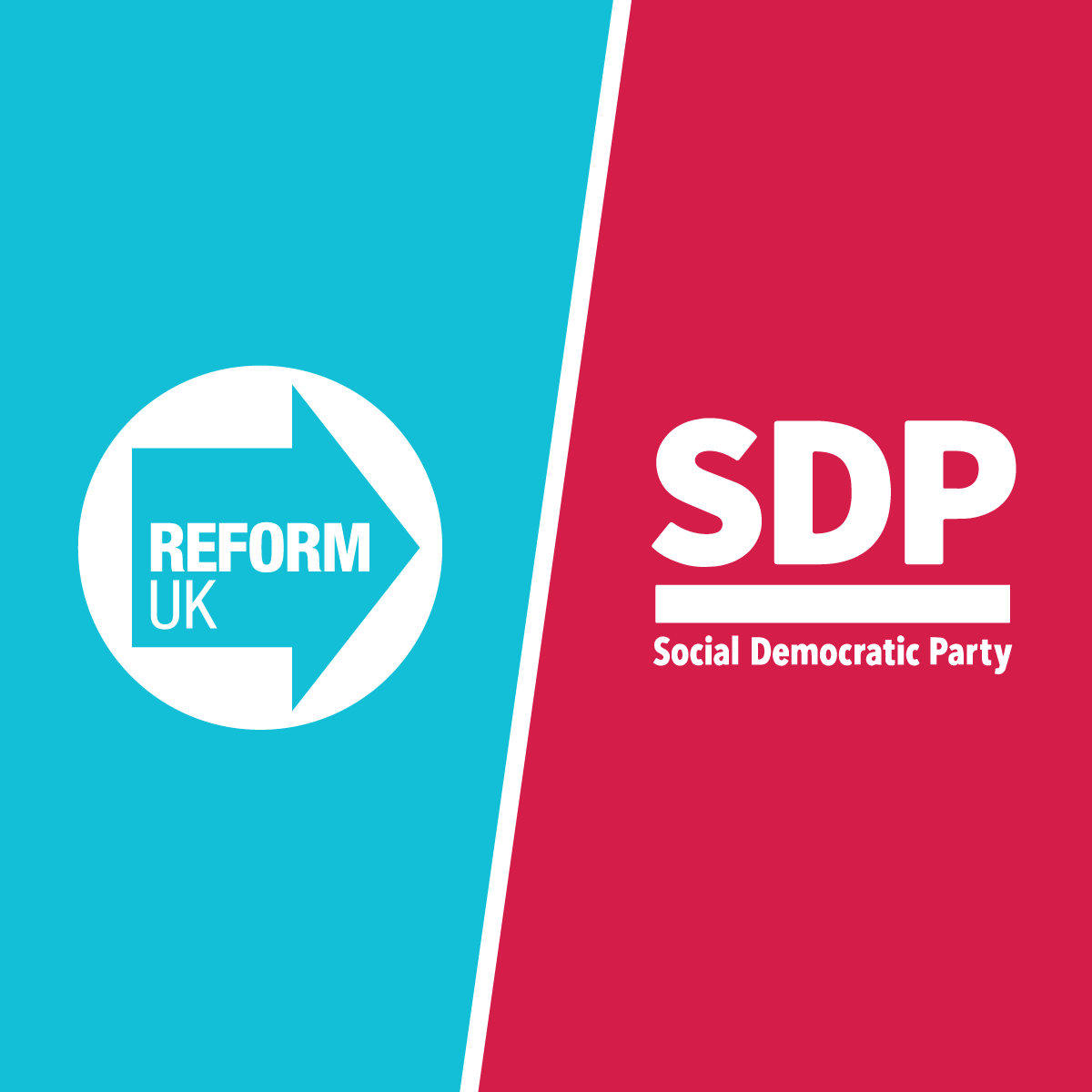 Reform UK and The Social Democratic Party (SDP) have today confirmed details of how they intend to co-operate in a significant number of constituencies at the next General Election.

The reciprocal agreement will see each party stand aside for the other in six key constituencies and will also see over a dozen candidates in the South Yorkshire area standing under the joint branding of ‘Reform UK & The Social Democratic Party (SDP)’.

Speaking on the agreement, the Leader of The Social Democratic Party, William Clouston said, “I’m delighted that Reform UK and the SDP have agreed to work together at the next General Election. Our country has been badly mis-governed by the establishment parties and political and electoral reform is long overdue. We share a common vision with Richard Tice and his colleagues on how to achieve this.

"It’s true that the SDP has different ideas to Reform UK on economics and the role of the state but there is sufficient common ground to work together in the national interest. We value our independence but it’s the SDP tradition to work with others.

"We appreciated Reform UK’s endorsement in the recent South Yorkshire Mayoral election. It makes sense to keep our campaign teams in place and work closely together there.

"I’m very optimistic about our prospects.”

Reform UK Leader Richard Tice added, “We have always said that we would be willing to work with the right party. Since day one, the SDP have engaged in grown-up, constructive talks about where and how we might work together to offer a credible challenge to the establishment parties."

Mr Tice went on to say, “I’m incredibly excited about what we can offer to voters at the next election and would encourage anybody who believes it’s time for change to come and get involved."