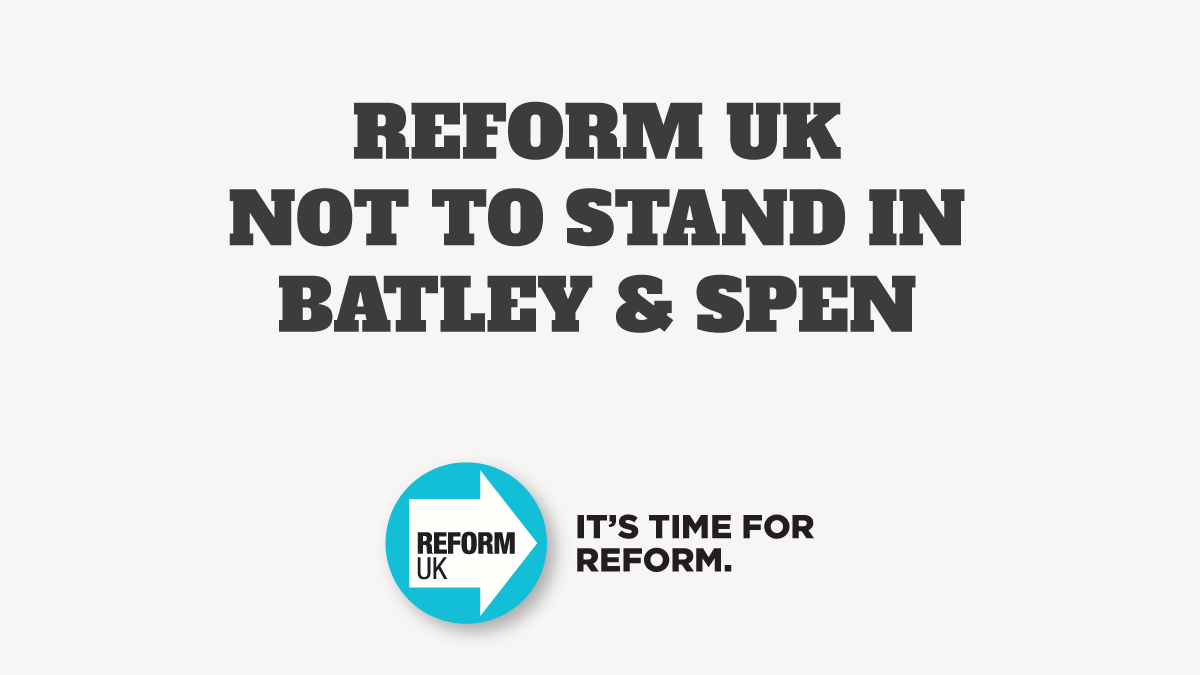 Reform UK has taken the decision not to stand a candidate in the Batley & Spen by-election. Discussions were held with Laurence Fox’s Reclaim party and Paul Halloran (the previous independent candidate in 2019). We too feel no benefit would be served by standing in a by-election that will already have around 15 candidates.

“We do not want to split the vote and reduce the chances of Labour being ousted. While we do not support this government, particularly with its approach to lockdowns, the Northern Ireland Protocol and its new globalist tax agenda, a Tory win would lead to an early election — possibly next year — and hopefully be the final nail in Labour’s coffin.”