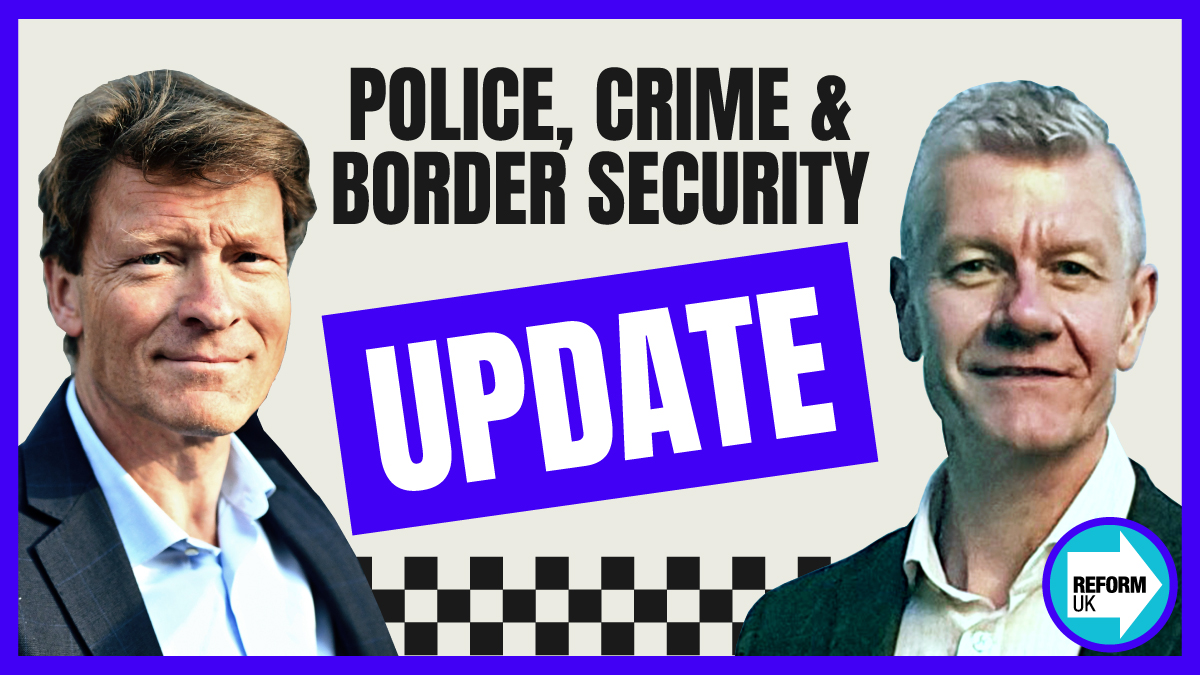 Britain’s illegal immigration crisis confirms that there has never been a more pressing need for an opposition movement with new solutions.

In previous emails, I’ve written to outline our plans for developing policy in advance of the next General Election. A key part of that process will be our policy working groups, some of which are already underway and meeting.

These groups are comprised of ordinary members, who replied to previous emails to let us know that they had the relevant experience or qualifications to be a part of our policy team.

Today, I’m delighted to introduce you to the Chair of such a group, Neil McCabe. Neil spent 30 years in policing and three years with the Border Force before retiring in 2020. These days Neil is using his experience to lead Reform UK’s Police, Crime, Prisons and Immigration policy working group. Neil has been working with other informed members to develop some exciting policy proposals that I’d like to share with you.

Home Secretary Priti Patel is under fierce criticism from the usual suspects for her plan to send some asylum-seekers to Rwanda in East Africa. Civil servants have even threatened to mutiny and refuse to carry out government policy.

The Rwanda scheme at least shows that Patel and the Tories are trying to do something to deter the criminal people-smuggling gangs.

But her plan won’t work.

It is not slowing the armada of people-smuggling boats invading our coast. Last Sunday alone, the Border Force intercepted 254 people; an estimated 7000+ have made the crossing so far this year. That’s probably an underestimate; Home Office figures show 28,526 crossed the Channel last year.

To get a true picture of who these thousands of supposed refugees are – overwhelmingly young men of working and fighting age – watch the eye-opening eye-witness reports by our Honorary President, Nigel Farage.

Even if Patel’s plan could work, it would be defeated in the UK courts by a left-liberal coalition of human rights lawyers and judges.

We need some bold new ideas about how to break the cycle of illegal immigration. Here’s an outline of Reform UK’s plan of action:

The British people’s generous response to the genuine refugee crisis in Ukraine shows again that we are among the world’s most tolerant, welcoming nations. But we will not be taken for fools.

We voted for Brexit to take back control of our borders, alongside our laws and money. Now it’s time for Britain to put its money where its mouth is and take control of the illegal immigration crisis.

Sign in with or
Don't have an account? Click here to create one.
Please check your e-mail for a link to activate your account.
Today We Launched Our Wakefield By-Election Campaign
Police, Crime & Border Security Update
About