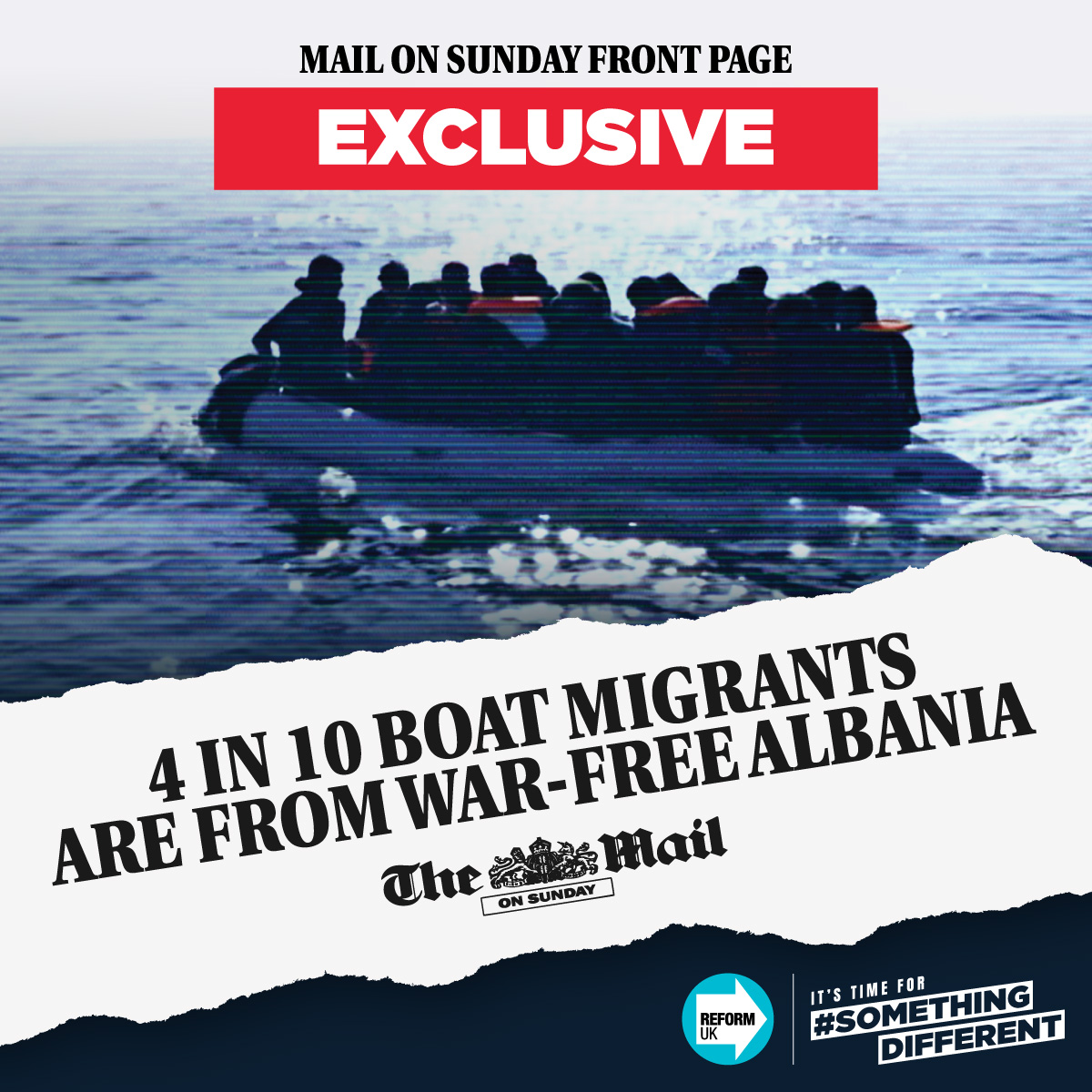 We have been lied to and we have been misled. For years now the Government has not released the breakdown of the countries of origin of those who have crossed the Channel illegally, and left-leaning human rights lawyers have insisted that those entering were fleeing war and persecution.

Yesterday, the Mail on Sunday revealed — as the result of a leaked report that I obtained — that 4 in 10 of these crossings were actually being made by people from Albania, a peaceful NATO member and candidate for EU membership which hasn't suffered from any conflict for at least 25 years. This exposé was so shocking and outrageous that it made the front page. You can read the article in full here. 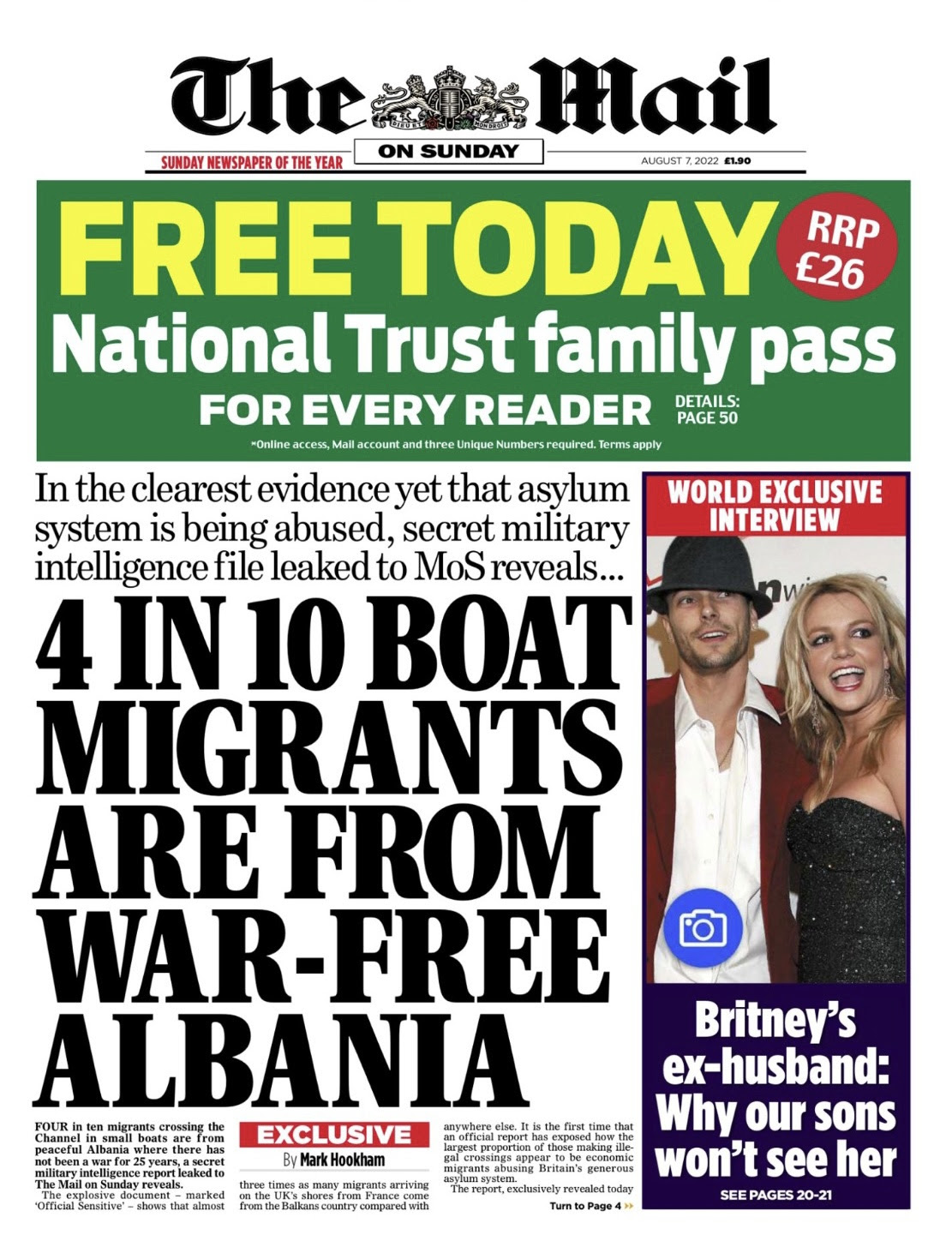 As I discussed on my TalkTV show yesterday this has serious implications for the safety of our country. While most Albanians are delightful, law-abiding people, Albanians make up the largest group of foreign nationals in UK jails.

There is also growing problem of organised crime, money laundering, human trafficking and drug-dealing. Are the people being smuggled across the Channel by gangs going to be used as their footsoldiers, or worse, kept in modern forms of slavery? This question is raised as the cost for an Albanian wishing to visit or work in the UK legally is significantly less than the thousands of Euros paid to gangs to dangerously cross the Channel in dinghys.

Again, the Conservatives have failed, and the 2 lacklustre leadership candidates don't have the answers. Reform UK would:

1) Publish the origin of Channel migrants monthly.
2) Instruct the Navy to give the location of launch points immediately to the French police and also to publish them publicly.
3) Pick up and take back boats under the existing laws provided in the 1974 International Convention of Safety of Lives at Sea.
4) Withdraw from the European Convention on Human Rights and the 1951 Refugee Convention.
5) Reform the Human Rights Act 1998
6) Merge the existing Border Force and Immigration Enforcement departments into a single dedicated force, to be called Her Majesty’s Border Force (HMBF)
7) Remove the new HMBF from woke civil service control, attaching it to the Home Office as a separate entity.