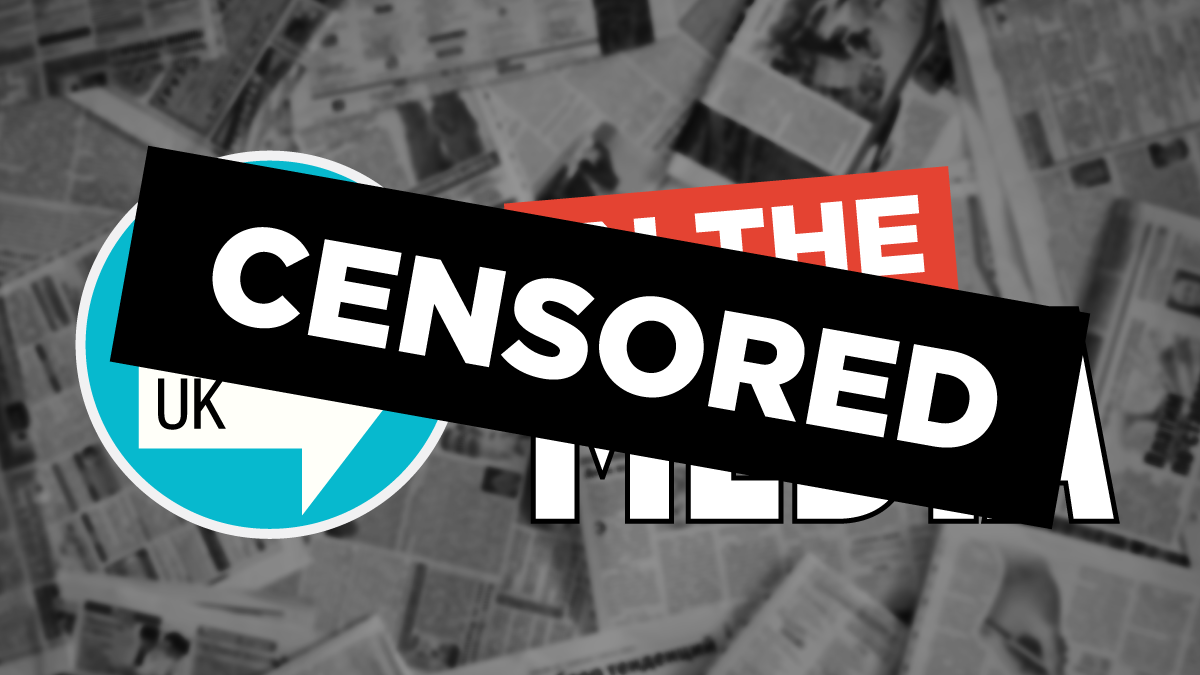 On Sunday, we sent out our first monthly In The Media round-up email to our registered supporters, containing links to clips of media appearances hosted on the Reform TV YouTube channel. Shortly afterward, a video of a discussion between Mike Graham and Reform UK Leader Richard Tice has been removed as it “violated YouTube’s Community Guidelines”. You can view the video on our Twitter and Facebook pages below:

It specifically gives the following as an example of this:
Claims that masks do not play a role in preventing the contraction or transmission of COVID-19

This is despite the fact that the only proper clinical study — done in Denmark — showed masks make no statistically significant difference in reducing transmission. It is also despite the fact that until the middle of last year the WHO itself — as well as many of the world’s medical officers and doctors —  claimed that masks do little to stop the spread of infection.

But according to YouTube, the discussion is now closed.

This is what we are up against, Big Tech and others decide what we can and can’t talk about, while the mainstream media refuses to discuss it at all.

We need your help to make the case for a complete return of all of our freedoms in the face of an establishment that seems to be tightening — rather than loosening — its grip on our liberties. We need to present a hopeful, sensible, evidence-based message in the face of those insisting on peddling fear, hysteria, and pseudoscientific superstition for their own selfish motives.