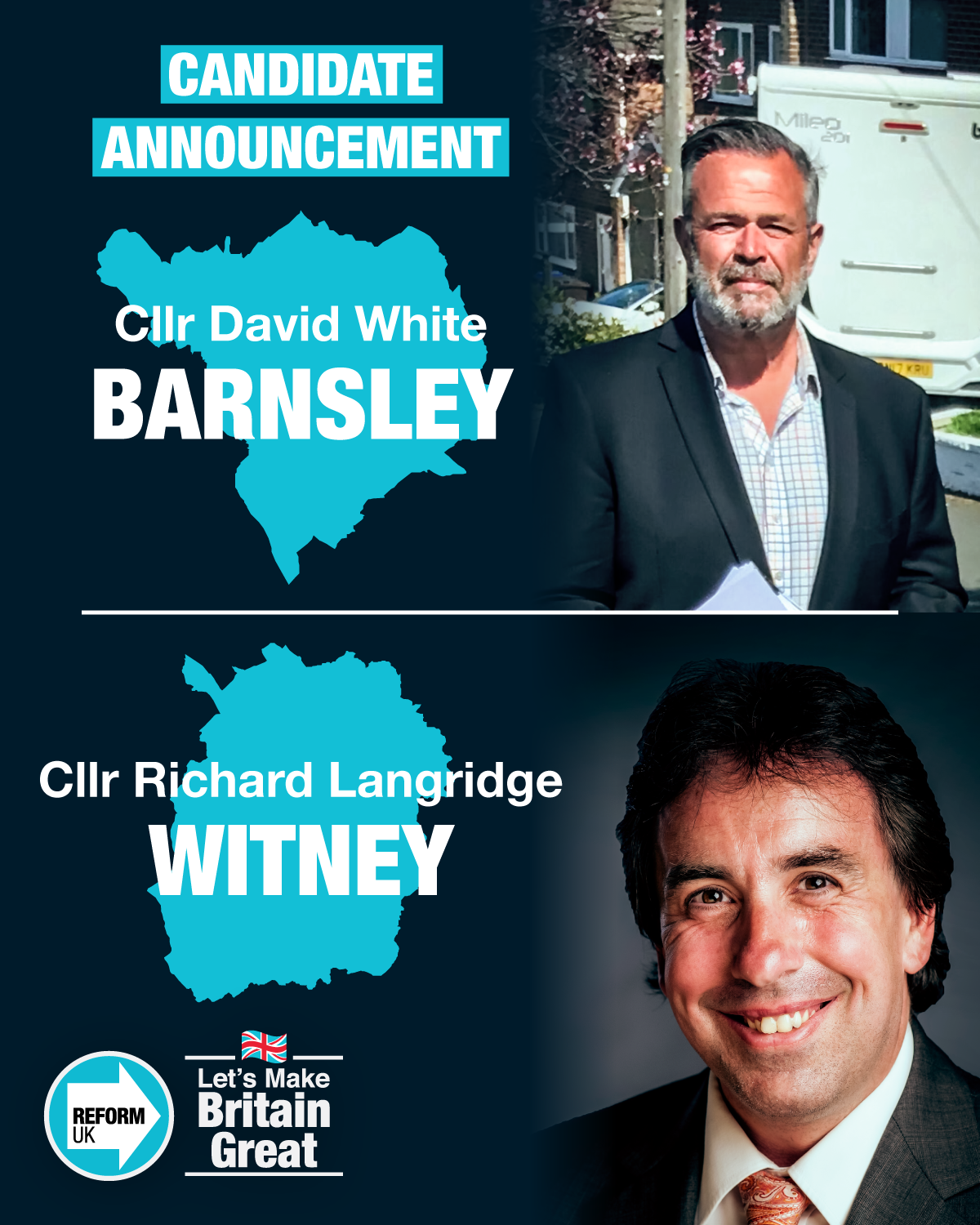 Candidates announced for Witney and Barnsley!

Reform UK are delighted to announce two significant candidates, both of whom will be standing for the party at the next election.

Cllr David White has today resigned from his role as the South Yorkshire Area Chairman for the Conservative Party and will be standing for Reform UK in Barnsley at the next election. As a Borough Councillor on Barnsley Metropolitan Borough Council, Cllr White knows the challenges facing voters in Barnsley and believes that the best chance of delivering real change for the people of Barnsley is by standing for Reform UK.

Cllr White said, "In my view, the debacle of the last few months within the Conservative Party was excruciating at best, amateur at worst. The Conservative Party has changed, with them being unable or unwilling to make the big decisions. I am convinced that they are not in tune with the working people here in Barnsley and across the UK".

He went on to say, "Reform UK dares to say what people are thinking, and finally we now have a party that offers credible alternative solutions to the significant problems that we face."

Joining Cllr White as a candidate for Reform UK is Cllr Richard Langridge, a District Councillor on West Oxfordshire District Council. Cllr Langridge will be standing for Reform UK in his home constituency of Witney, Oxfordshire. Alongside representing a ward in the area, Cllr Langridge previously served as the Constituency Chairman for the Conservative Party and acted as Agent for former Prime Minister, David Cameron.

Cllr Langridge said, "I have represented the Conservative Party throughout my political career, both whilst serving on the Cabinet at the District Council, as well as at County level. However, the Conservatives have totally lost their way and are now unrecognisable as the Party I have supported all my life."

He went on to say, "That is why I have taken the decision to represent Reform UK. I believe that Reform UK are a Party that values our traditions and history, alongside a strong love of liberty with a sense of responsibility. They have the values, ethics, and policies to take our Country forward into a positive and exciting future."