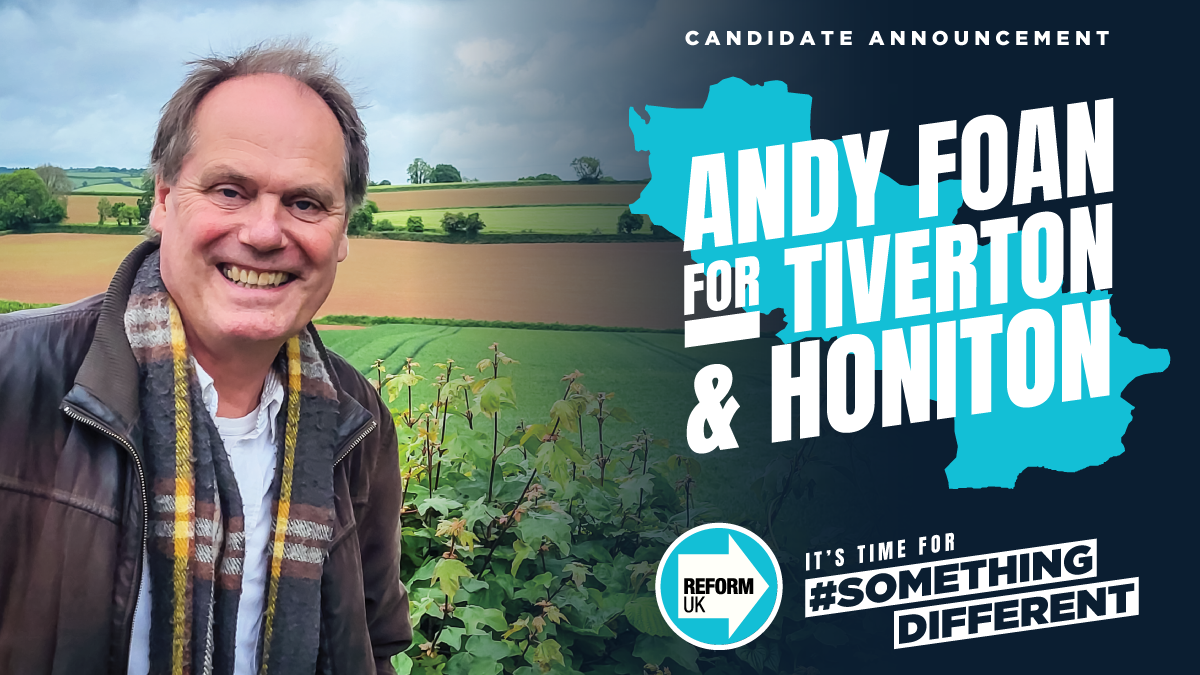 We are pleased to announce Andy Foan as our candidate in the Tiverton and Honiton By-Election. Andy was born near Tiverton, serving in the Royal Navy and Royal Air Force before becoming a pilot and flying instructor.

"I am standing for Reform UK because I believe the problems we are facing as a nation have been caused by a massive failure of leadership. All the main political parties say they want you to trust them but have failed to grasp the simple truth that to gain trust and respect, you first have to give it.

"Everything the main parties do contradicts this fundamental principle. Good leadership involves giving people the necessary information and resources to make their own choices on how to live their lives. As voters, we know what is best for us. We do not need politicians to tell us what to do or what to think. Every petty regulation, law, ban, ‘nudge’ or coercion is a breach of trust — trust that they should have in us to do the right thing.

"Reform UK is the only party that stands for true freedom. Freedom from pettifogging rules, and nanny-state regulations. Freedom to live without the deadweight of government on our backs. Freedom from fear. Freedom to imagine a bright future for our children."

The Tiverton and Honiton By-Election will take place on Thursday 23rd June, exactly 6 years after the Brexit Referendum.