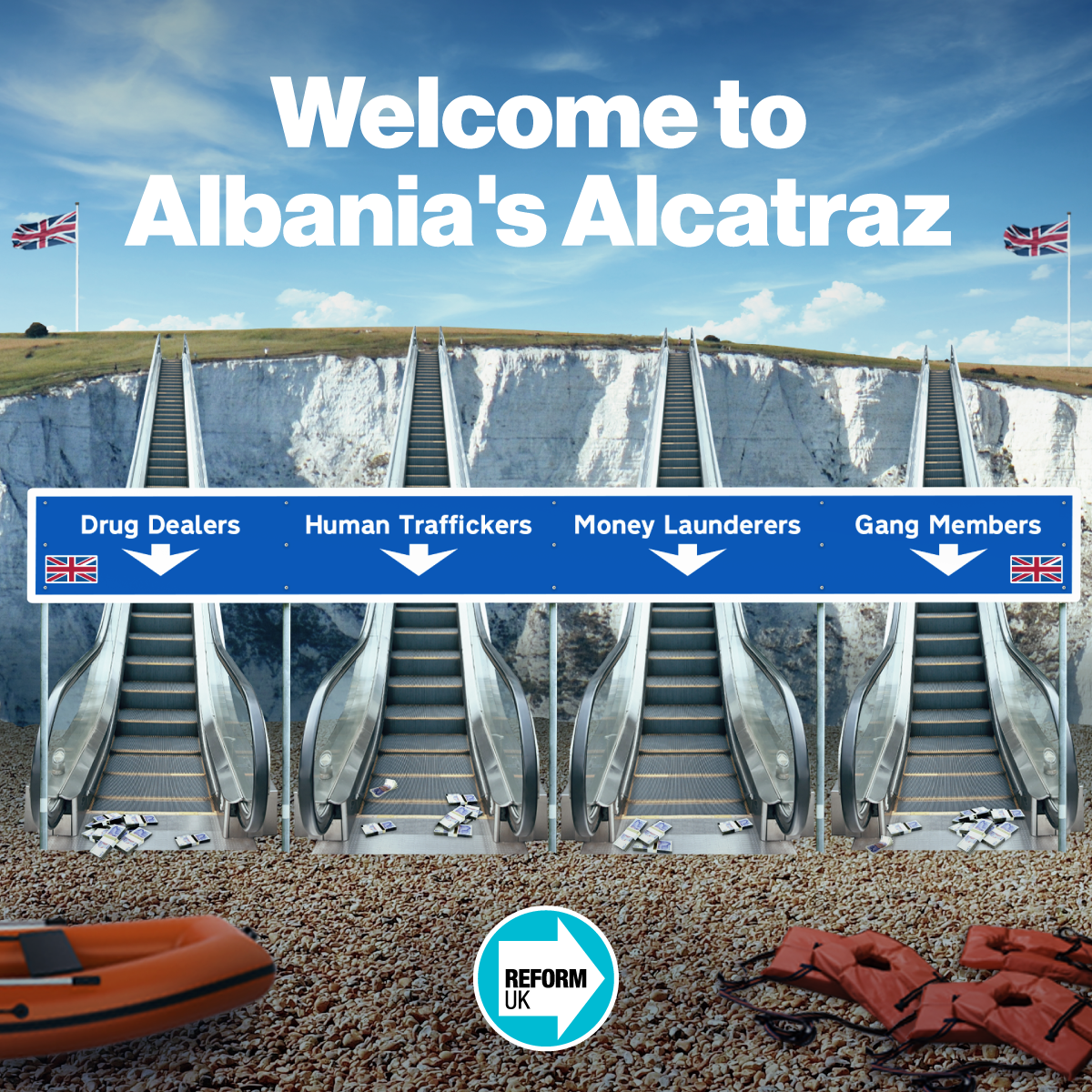 BACK in mid 2012, when London hosted the Olympics and the Queen prepared to celebrate her Diamond Jubilee, a fresh-faced David Cameron was able to survey the political landscape with some pride. His Coalition was dragging the UK out of the doldrums of the financial crisis; inflation was of little concern; taxes were considered reasonable; and NHS waiting lists were manageable.

Voters had no reason to be particularly concerned about the 180 Albanian prisoners in UK jails – around 100 of whom the Government promised to send home. Illegal immigration in the back of lorries was a challenge, but numbers were unknown and rarely hit the headlines.

Fast forward to 2022 and the picture is very different.

When the weather is good and the seas are calm – which has been the case all this summer – hundreds, sometimes thousands of fit young men make their way across the English Channel in boats. So far this year, more than 25,000 have arrived on our shores, double last year’s figure. More arrived in August than the whole of 2020. By the end of 2022, the Home Office believes as many as 60,000 people will have made the perilous crossing: not far off the equivalent of the entire British Army.

Within this number, I exposed a shocking trend. Thanks to a public-spirited insider who risked his job and perhaps own safety to reveal the truth about who is really coming here, we now know that the single biggest group of “refugees” are not Syrians and Afghans fleeing war and terror: they are Albanian.

Perhaps unsurprisingly, the Government kept this a secret. After all, if the individuals seeking “refuge” in the UK via this dangerous and illegal route are not poverty-stricken victims of conflict and strife, would the long-suffering British taxpayer be quite as forgiving?

Following my expose, the Government has been forced to admit that about 6 in 10 of the Channel crossings are by Albanians.

No wonder ministers did not want us to see the military intelligence documents I obtained, showing that a shocking four in ten Channel migrants are from this perfectly peaceful part of Eastern Europe, a NATO member state that is well on its way to joining the EU.

It is cheap and easy for Albanians wishing to visit the UK to obtain a visa for six months. They can come here to work perfectly legally under schemes like the Seasonal Agricultural Workers Scheme. Flights are inexpensive. So why don a lifejacket and scramble aboard an overcrowded and ill-equipped dinghy controlled by criminal gangs, unless you are up to no good? Much cheaper and easier to hop on a Whizz Air flight from Tirana to Gatwick or Luton, for a few hundred quid – a tenth of the fee demanded by criminal gang bosses, with an excellent safety record to boot?

Since 2012, the Albanian prison population in the UK has soared nine-fold to well over 1,500. Last July 2021, justice minister Chris Phelp enthusiastically announced a new prisoner return scheme to Albania, suggesting British taxpayers (generous as ever) might help pay for a new jail there. No surprise that six months later, just 24 of the easiest targets had gone home.

At the current rate of growth, within just 4 years, there will be more Albanians in UK prisons than Albanians in Albanian jails, where there are currently 5,000 inmates.

Instead of supporting Albania to build a new prison there, we might as well just build a special one for them here. Indeed, one of Albania’s fastest growing exports successes is sending its criminals to the UK to end up in our jails. The brutal truth? The UK is becoming Albania’s Alcatraz. For the Albanian government, all this works beautifully. Let undesirables make their way to the UK and hey presto! They reduce their own crime problem.

In the absence of any logical other explanation, I fear that most of the Albanian’s crossing the Channel fall into one of two categories. Either they are foot soldiers for British based criminal overlords who (according to the National Crime Agency) play a key role in the cocaine and cannabis markets; or are they being trafficked into modern day slavery, helping to launder the vast drug profits of these gangs.

Ever noticed all the cash-only Albanian run car washes?

They’re not the only suspicious businesses linked to this racket. What about all the “Turkish barbers” now popping up on high streets across the UK. Hair isn’t the only thing they’re washing, and I strongly suspect many more Albanians than Turks are involved. So prolific have these shadowy shops become that even small market towns have three or more such “barbers,” few of which enjoy a roaring trade. Has our hair really started growing faster since Covid? Empty chairs suit the criminal gangs just fine. These places only take cash and are presided over by young men who were not present when God gave out smiles. By filling their diaries with fake appointments, they can then launder large amounts of cash.

Lawless Britain has become the softest of targets for the hardest of Albanian criminal masterminds. Perhaps we should see how they get on in Rwanda? Better still, let Albania build and pay for its own Alcatraz.

Without the vital work that we in Reform UK are doing, so much of this activity would go unnoticed and unreported. We can make a real difference to the way our country is run but only with your help and support.

None of the parties represented in Westminster have the guts to step up and really deal with the growing problem of illegal immigration. Well, we do, and we will!

Play your part in helping to stop illegal immigration. Donate to Reform UK today! Apply to stand for us at the next General Election and stand with me in doing what is necessary to secure our borders.